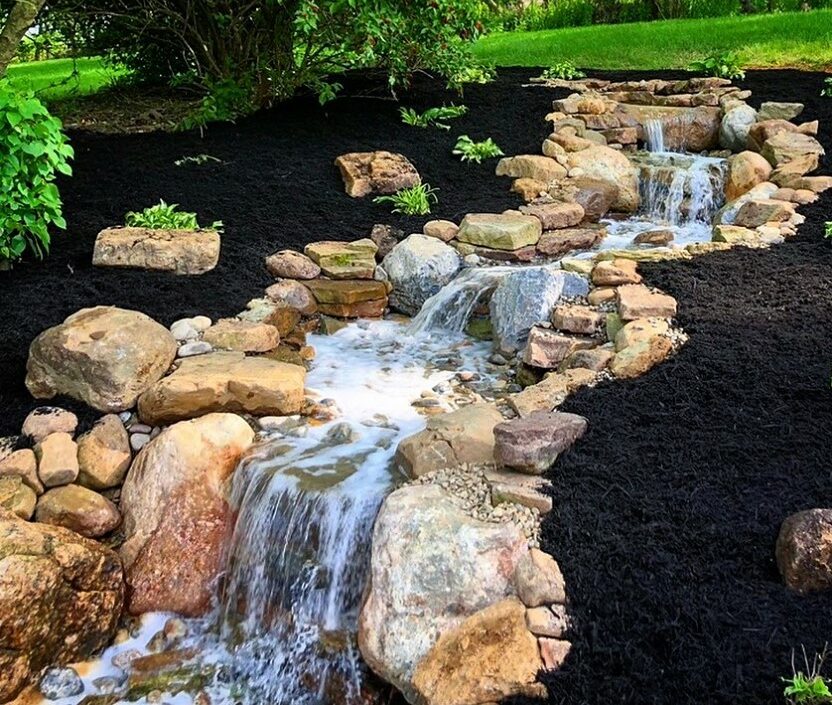 This project included removal of existing pondless waterfall, setting the rocks aside, removing the liner and plumbing and install all new mechanical components, liner, underlayment and rebuild the feature in a similar design that existed. The stream bed was excavated deeper to retain the water and prevent leaks. Various larger boulders were used to help retain the feature and prevent long-term movement. The bottom basin was constructed using aquablox instead of rock to allow for more water storage. The existing landscape lights were reinstalled and the feature was freshly mulched for a neat, finished appearance. 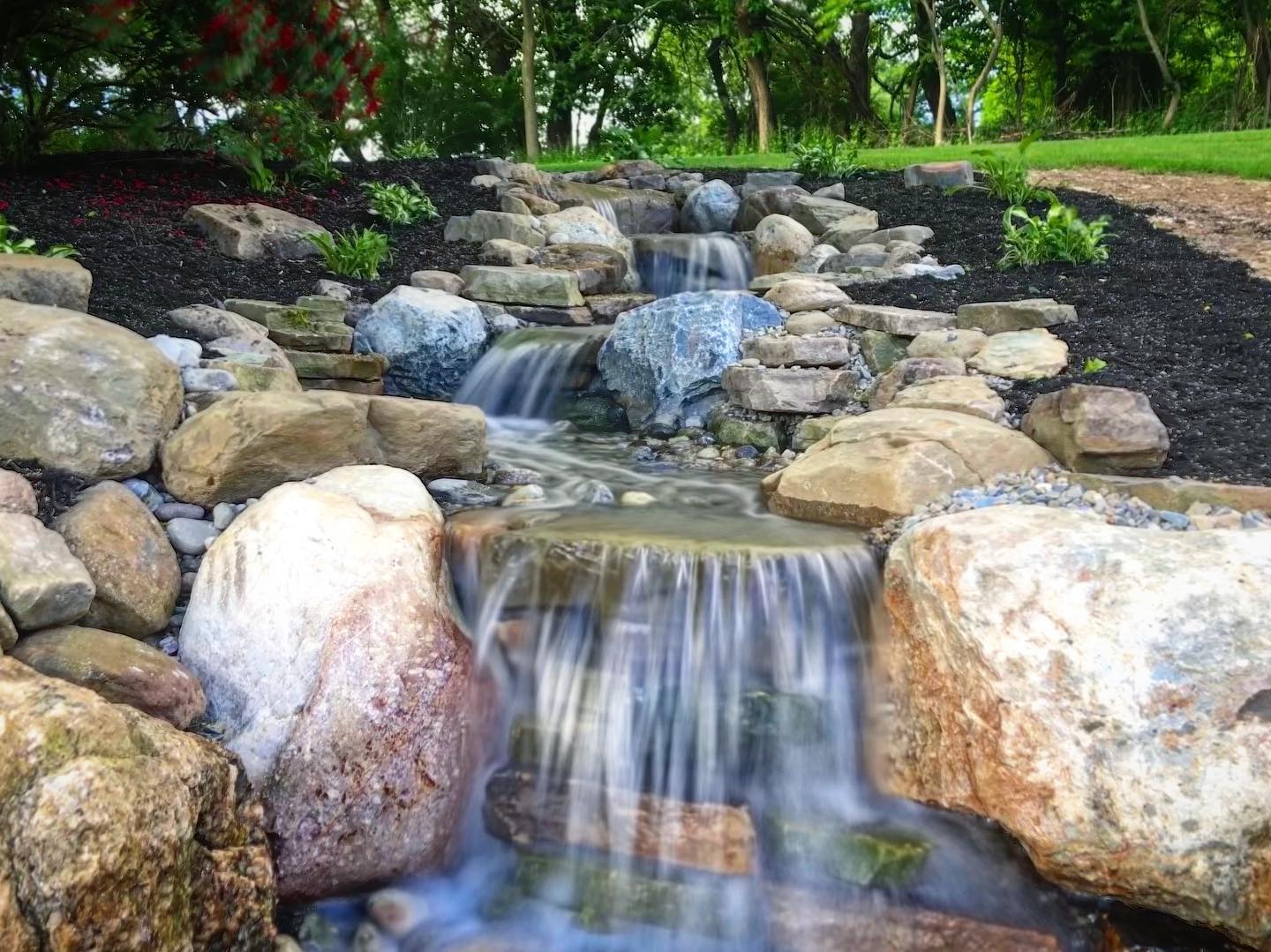