It’s mostly the backyard people consider when doing outdoor living and water feature projects. But who says the front yard shouldn’t get some love too? This EPIC ecosystem pond was installed right in the middle of a large driveway right at the entrance to the home. 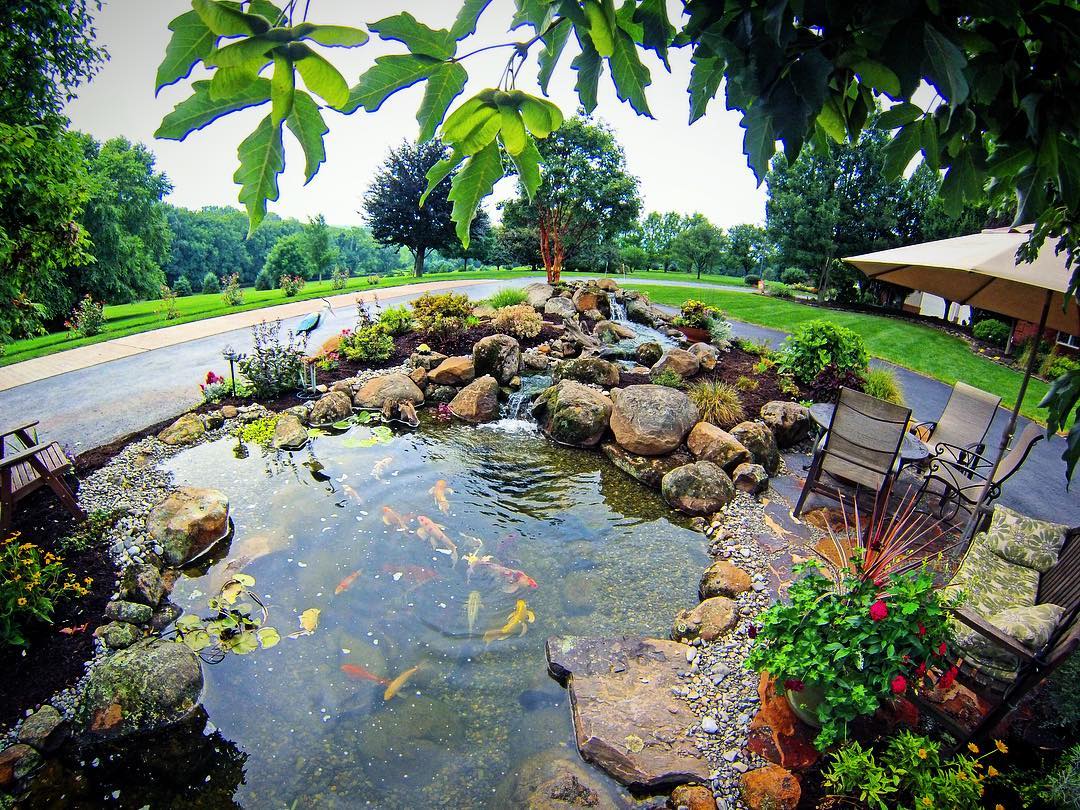 This Large scale Pond Project included removal of existing pond and surrounding landscaping in the driveway island and housing koi in tanks until the pond was complete. We installed a 15′ wide pond at its widest point and 20′ long pond at its longest point with a maximum depth of 4′. This pond will then provide more room for the existing koi as well as use more of the given space for the feature. We then installed a waterfall and stream combination approximately 15′ in length for desired sounds and visual impact. Our goal is to have the water feature be seen as you are pulling up to the house as a way to usher you into the home. We installed LED lighting in the pond as well as up lighting the paper bark maples and path lights around the sitting bench area and steps. also installed was a natural irregular flagstone patio to measure roughly 5’x10′ and make a nice surface to place the existing bench and patio furniture. The pond is complete with a fish cave as a means for heron protection should that become a problem. This will give the fish a place to enter should there be a heron attack. The overall look of the pond is to be a close to mother nature as possible including some strategically placed driftwood in the pond and falls as well a use of native rock currently on site as a way to further naturalize the feature. This pond project was constructed in Dillsburg, PA.